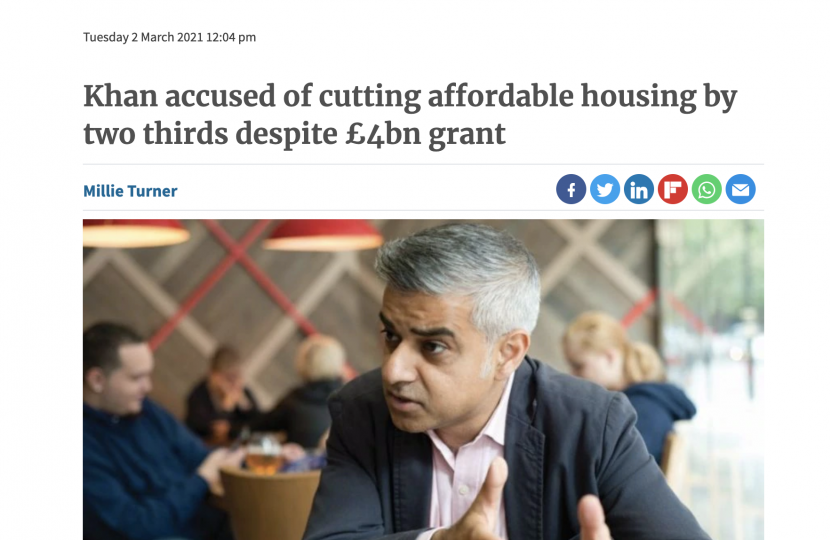 GLA Conservative housing spokesman, Andrew Boff, said: “With a huge £4bn government investment, the Mayor ought to build as many new homes as possible.

“London has a fantastic deal from the government – we’ve been given a third of England’s affordable homes budget. It’s the Mayor’s job to come up with a plan to turn that investment into new homes.”

A spokesperson for the mayor said that Khan had hit each annual target established by government.

“In order to deliver the lowest possible cost to the tenant, these homes require a higher level of grant funding,” the spokesperson added.

“While the funding from central Government for affordable housebuilding in London remains woefully inadequate, the mayor is confident in hitting his target of starting 82,000 new genuinely affordable homes between 2021-26, and will continue to campaign for the full funding London needs.”