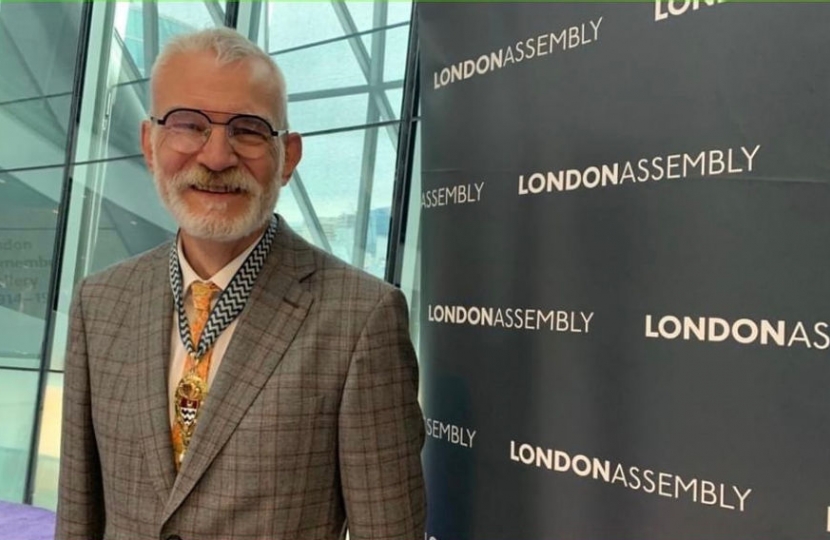 Andrew Boff is the Chair of the London Assembly. As Chair, Andrew works with Assembly Members across all parties to scrutinise the Mayor of London, and hold him to account.

Andrew also Chairs the Planning and Regeneration Committee, which scrutinises the Mayor's "London Plan" blueprint. The "London Plan" outlines the Mayor's proposals on housing, facilities, green space and aspects affecting the quality of life of Londoners.

Following the 2021 London Mayoral Elections, Andrew was part of a cross-party deal that allowed the Conservatives and other opposition parties to chair all London Assembly Scrutiny Panels. This follow's Labour's decision to walk away from all offers to chair scrutiny panels.

Andrew has served as a London-wide Assembly Member since 2008 and led the Greater London Authority (GLA) Conservatives between 2012 and 2015. He has lived in London his whole life and has local government experience going back to 1982, serving as a Councillor for 12 years in Hillingdon where he was council leader for 2 years.

Later, he moved to Hackney, where he helped run Broadway Market’s Saturday market,  ran his own IT support company, published a local magazine, and served as a Councillor between 2005 and 2006.