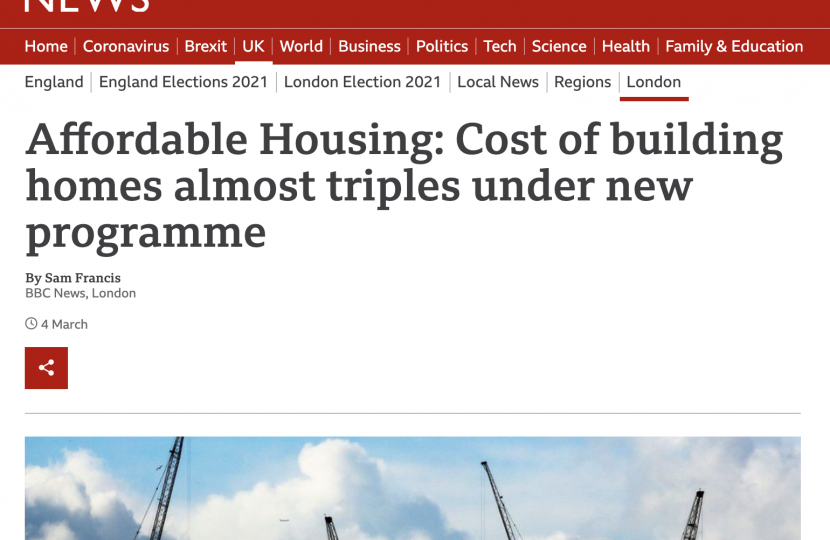 Read the full article on the BBC here

The cost of building affordable homes in London using a new round of government cash will almost triple, plans from the city's mayor reveal.

A spokesman for the mayor's office said Brexit and the cladding crisis had contributed to an increase in costs.

The majority of the new properties "will be the social rented homes London most desperately needs", which "require a higher level of grant funding," the spokesman continued. 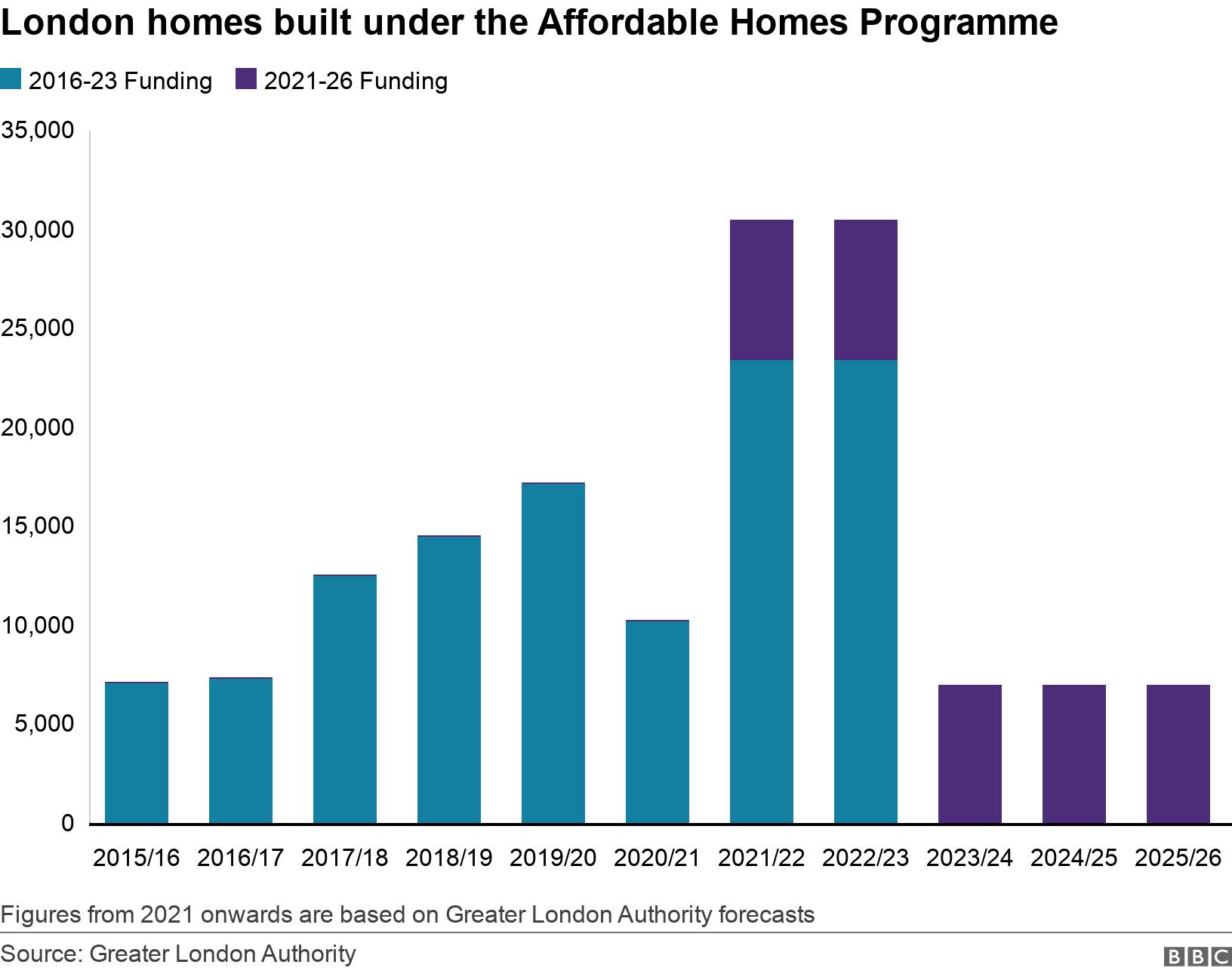 The mayor's spokesman added: "Over the last five years, the mayor has hit every one of his annual delivery targets agreed with the government.

"While the funding from central government for affordable housebuilding in London remains woefully inadequate, the mayor is confident in hitting his target of starting 82,000 new genuinely affordable homes between 2021-26."

The £8.8bn secured from the government to build affordable homes in London since 2016 is just over 37% of the total funds handed out around the UK under the two programmes.

London's housing targets and funding are agreed with ministers at the start of every new programme.

The mayor's office said there had been "significant" increase in the price of building homes, with currency devaluation, availability of materials and shortages of skilled construction labour all contributory factors, along with Brexit and need to replace cladding on properties following the Grenfell fire.

In 2020, work began on building 17,256 new affordable homes, supported by funding from the mayor - the highest number ever recorded by the GLA.

"London has a fantastic deal from the government. The mayor is failing Londoners by squandering this golden opportunity to deliver the homes our city desperately needs."

Conservative mayoral candidate Shaun Bailey said: "London has a housing crisis. And just when we need to increase the number of affordable homes in the capital, Khan is reducing them.

"It's a shocking indictment on his abysmal house-building record."

Sian Berry, who sits on the GLA's housing committee as a Green Party assembly member, said "progress has been too slow" on affordable housing.

Ms Berry, who is the Green Party candidate for Mayor of London, said: "Why do that in a housing crisis?

"Greens have been pushing this mayor to go further on genuinely affordable housing."